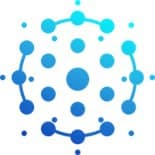 Cardano Evolution (cEvo) is a community-driven project, reflecting not only the Cardano ($ADA) token, but also the ethics and charitable status of our ‘parent’ coin.
The Dev team have worked tirelessly to build a community of investors focused on the long-term future of the project, enjoying passive ADA reflection income from their holdings.

Cardano Evolution has already released their Merchandise Shop, and ‘stage1’ of EvoSwap, which allows directing trading of BNB, UDST and BNB with cEvo, as well has adding to the liquidity pool. ‘Stage 2’ release of EcoSwap, which will include cEvo staking and more reflection rewards, is less than weeks away.

The next stage of Cardano Evolution after EvoSwap, will be the hotly anticipated EvoNFT, with the ability to buy and sell NFTs.

Cardano Evolution is a frictionless yield and liquidity generation smart contract which rewards holders with reflections in Cardano ($ADA) reflections. The transaction taxation funds those reflections, as well as adding liquidity and marketing budgets. The token has investor protection built into the contract, with maximum wallet holds and transaction limits, as well as an anti-bot function embedded into its code.